Fionnghuala Smith,
“How I came into this world” 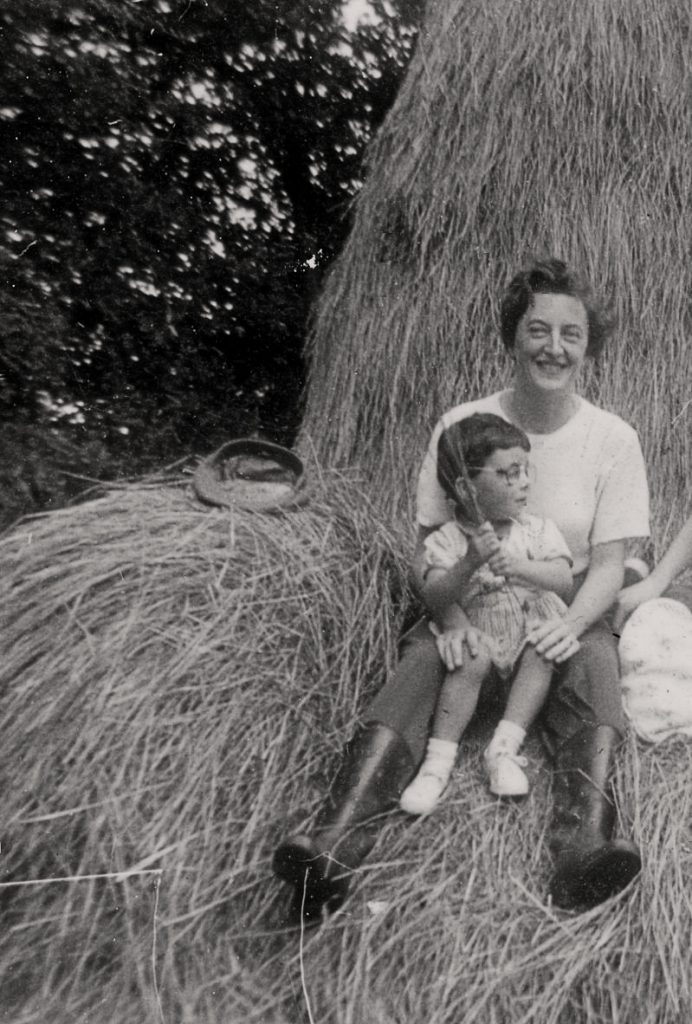 My Mother had a child-like love of movies and this has been passed on to me. I don’t want reality when feeling down; give me true fantasy to escape into! When it is gloomy, rainy and dark outside, there’s nothing as nice as to be in a cinema chomping on sweets, with eyes glued to a very large screen and—even better—very large sound, or to be curled up on the couch watching a favourite movie—again!

My Dad went over to Birmingham in the economically hungry 1950s in search of better work that couldn't be got in Ireland. At the time he was Assistant-Manager of the Commodore Hotel in Cobh and was a qualified bookkeeper. However, Dad had ambition. My Mom stayed behind with 3 young children and Dad gave her a parting present—she was pregnant with me!

Her due date came—and no sign of me. She had a bag packed and waiting in the hall of my grandmother’s house in anticipation. The hospital in Cobh was just around the corner from the house and it had one maternity room.

Just coming up to being 2 weeks’ overdue, Mom was fed up of being on constant standby. She saw that there was a new western movie on in the Arch Cinema. To this day she cannot remember the name of the movie—and blames me...! At that time, the Arch would have two showings—the early and the late. Mom decided she would go to the early. My mother would NEVER be seen outside the door without make-up, lipstick and good clothing. So off she tripped to the early movie show, in high heels, nylon stockings with the seam very straight going up on her calves, good dress and fur coat, and absolutely delighted to be getting out. It had been observed by many that Mom looked very “trim” during her pregnancy so with her beautiful fur coat on nobody would have noticed that she was 9 ½ months’ pregnant!

My mother was a bit of a loner—she loved her own company, so she would have had no problem with heading to the cinema on her own. Being a small town she would have met many people that she knew. Knowing my mother, she would gently nod in acknowledgement to them, but mostly keep her own distant company. She has recounted to me ever since I was a young girl how she was really looking forward to this movie—I think it may have been a John Wayne movie…

The movie just about to start, Mom settles down in anticipation … but suddenly—a pain. She thinks “Ignore it, I am fine”, but then comes another and another. She cannot believe it! She has gone into labour.

The pain becomes more insistent—and frequent. She gets up to leave and meets someone at the door that she knows. They look at her, all dressed up and looking nice, and say “hi, Breda, you are looking well. Are you leaving so early?”

The one and only taxi company—Walter Barry & Sons (which was also the local Funeral Directors) was only about 100 yards away from the cinema, at 12/13 Pearse Square. She knocked on the door and Mrs. Barry came out. When Mom explained what was happening, Mrs. Barry exclaimed in shock because her husband Walter was out on a job. Their apartment was above a garage that they also owned. Mrs. Barry ran back up the stairs where her youngest son, Colin, who was only 18, was having his dinner. She got him down to drive my Mom up to the hospital. While she was in the car Mom said to him: “just stop by at my mother’s place while I pick up my overnight bag”. Colin was not happy with this! Being a young man in a Catholic-dominated country, his education on babies being born was extremely limited and all he thought about was that a baby could be born in the back of the car and he wouldn’t know what to do.

Mom got to the hospital—but there was a woman already in the one maternity room they had. She had been in labour for at least 12 hours and, apparently, was thrashing and screaming solidly, but nothing was budging.  The midwife came out and decided that the thrashing and screaming lady should be moved out and Mom be moved in. This particular midwife—an unmarried lady herself—was often heard to say at these screaming, thrashing moments: “ah, sure, wasn’t it easier going in than coming out!”

According to my Mom, I was produced 10 minutes later! My aunt sent a telegram to my dad in Birmingham to say: “the new bicycle had arrived minus the pumps!”

Over the years when we were living in Birmingham a western would come on the TV and my mother would always say—“I wonder if this is the one I missed because of you”!

Since December 2016 I have resided in 14 Pearse Square and my next-door neighbours are Colin and Ray Barry, who now run the taxi and funeral directors business that their father started. Colin says he remembers my arrival very well: he probably would because every time my Mom got into his taxi she would remind him!

My mother passed away in November 2017. It is quite poignant that even though Colin drove me into the world—by driving Mom up to the hospital—he drove Mom to her final destination when she passed away.

The East Cork town of Cobh, the final port of call for the ill-fated Titanic, boasts a rich social and maritime history. It also has its place in cinema history: it was at Cobh—then called “Queenstown”—that members of the American film company, Kalem, disembarked the White Star Line’s Baltic, on 13 August 1910. The company’s chief director, Sidney Olcott, took time to shoot a little footage of the picturesque town, with its brightly painted houses and its towering Pugin-designed Cathedral, before he travelled onwards to Blarney, West Cork and then Kerry. The company based themselves in the village of Beaufort and there, using stories from Irish history, filmed some of the earliest fiction films produced in Ireland.

Perhaps some of the locals that helped the Baltic unload that day later had the chance to watch a few Kalem offerings, delighting in the dramatic The Lad from Old Ireland or being transported by the poignant The Colleen Bawn. Certainly, by the mid-1920s Cobh had its own picture house, the Cinema Hall at West Beach. With the arrival of talkies in 1927, “going to the pictures” became one of Ireland’s most popular leisure activities. Cobh was home to several cinemas over the years, including The Arch Cinema, run by the Frenett family from 1930; the Atlantic Theatre, a 500-seater entertainment venue established c. 1942; and the Tower (from 1945). The Tower’s name changed to the Ormonde and it continued as a venue until the early 1990s. Another entertainment venue, the Coliseum, was also listed in newspapers of the 1940s.
Cobh cinemas would have transported their prints from Cork city, and they generally offered a full programme of entertainment, including shorts and/or newsreel before the main feature.

The Arch cinema closed in the 1960s, while the Abbey group took over the Ormonde cinema and ran it as part of a chain that included cinemas in nearby Midleton and in Bantry. The Ormonde screened its last film, The Fisher King, before closing its doors in 1993. Cobh has not had a cinema since. 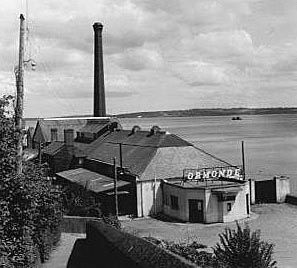 In the article below, Fionnghuala Smith shares a very special—and personally significant!—story of a visit to the Arch cinema by her mother, Breda, in the 1950s. Fionnghuala now runs a photography business, Cobh Pastimes, in the town (check out her website:  http://cobhpastimes.ie/)